Produced to showcase New Zealand at Expo ’70 in Osaka, Japan, This Is New Zealand is one of the National Film Unit’s crowning achievements, showcases its creativity and is a joyous summation of who we were as a nation in 1970.  The film was structured around two major aspects: The Land and The People. Filming was undertaken by three different crews over six months in 1968-69, with the idea to cover impressions of all the four seasons.

This is New Zealand proved to be an astonishing success. It was a unique, technically sophisticated portrayal of our national identity to an overseas audience and, later, an opportunity for New Zealand audiences to enjoy an affirming, visually delightful and uplifting portrait of Aotearoa.

It is unusual for a promotional film to ignite so much genuine adoration. But at its heart This Is New Zealand had all the characteristics New Zealanders love to celebrate about themselves: a no. 8 wire ingenuity in its creation, independent spirit, cheeky humour and a backstory which spoke of the modest underdog punching above its weight.

We could celebrate the beauty, uniqueness and variety of our landscape and recognise ourselves as the sport loving nation who loved to throw a steak on the barbie. It was creative without being slick or pretentious and proud without being too boastful.

Stills from the three screen film ‘This is New Zealand’.

School groups bussed in to view at the Embassy Theatre, Wellington. 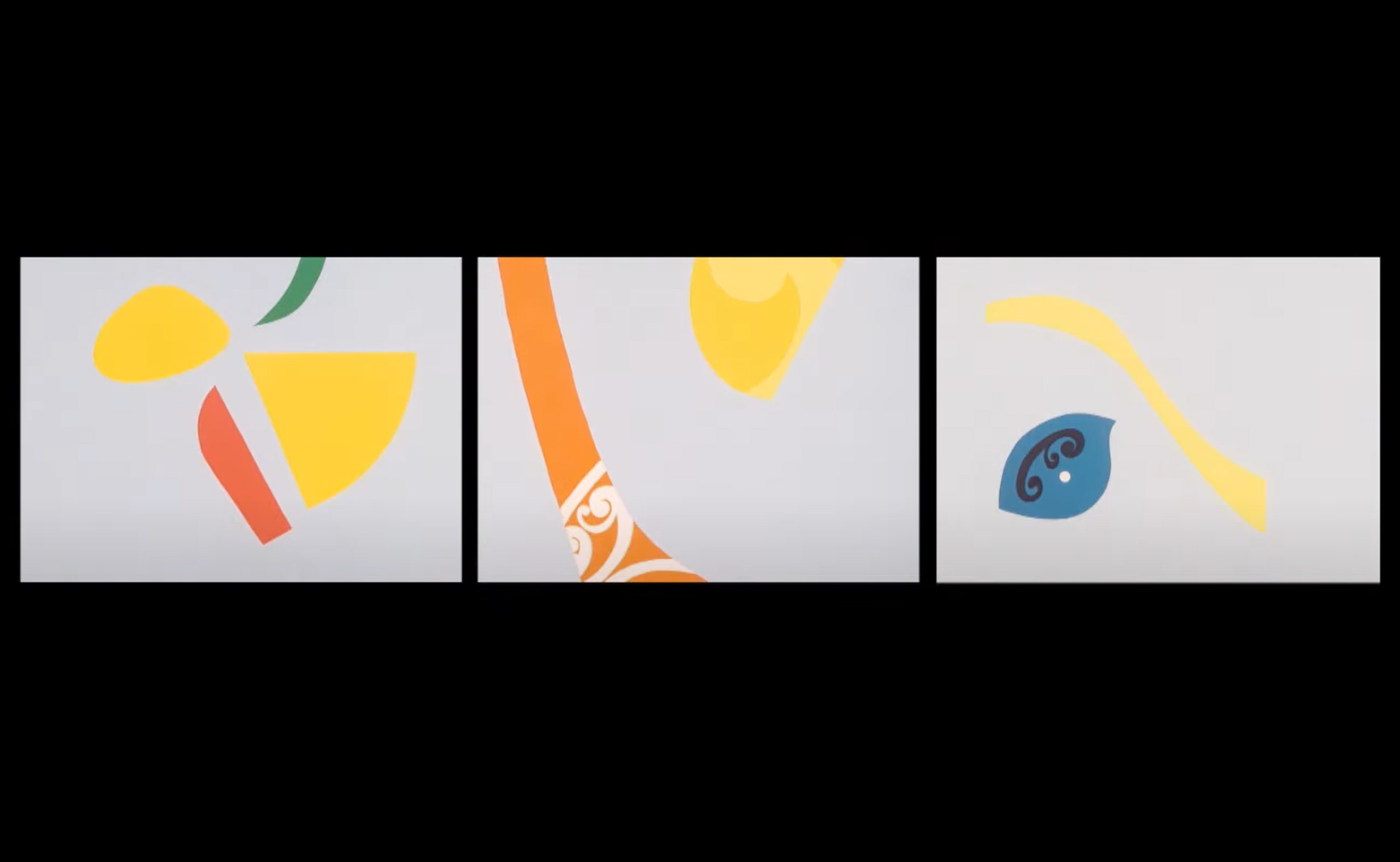