Written by Thomas Kendall and printed in Sydney in 1815 by George Howe after Kendall sent it to Samuel Marsden, Anglican Chaplain based at Parramatta.

Thomas Kendall was one of the first lay missionaries settled in New Zealand by the Church Missionary Society in 1814. He was hired primarily as a school master and one of his first tasks was to set about systematically recording the Māori language and English translations for instruction of his pupils.

The copy held by Auckland War Memorial Museum is a notable publication because it is the only known extant copy from the 200 copies printed.

The title page from A korao [korero] no New Zealand, or The New Zealander’s first book, which was printed in Sydney in 1815.

A korao no New Zealand 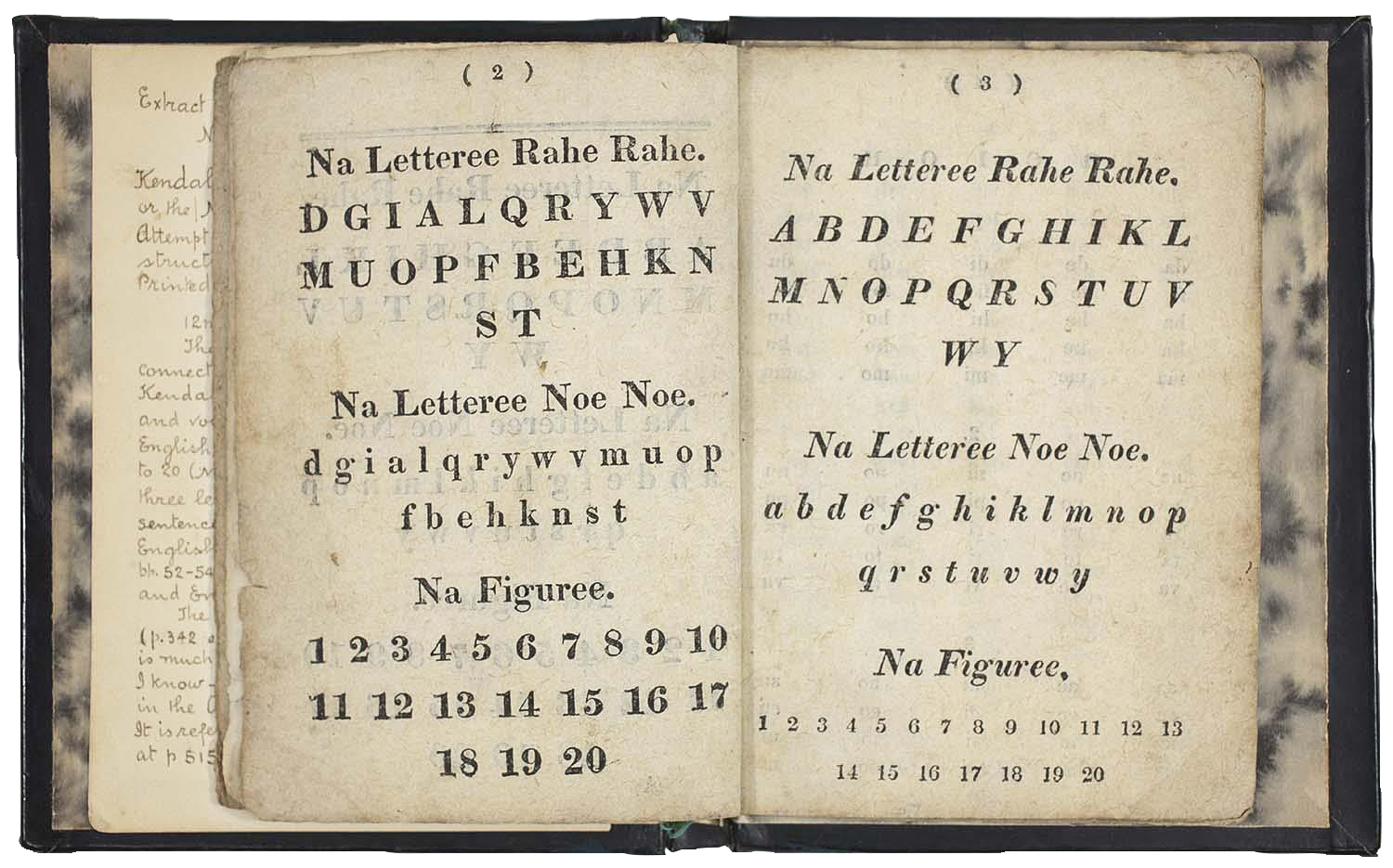 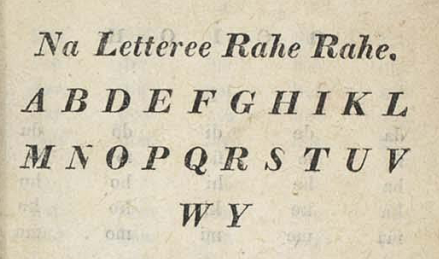 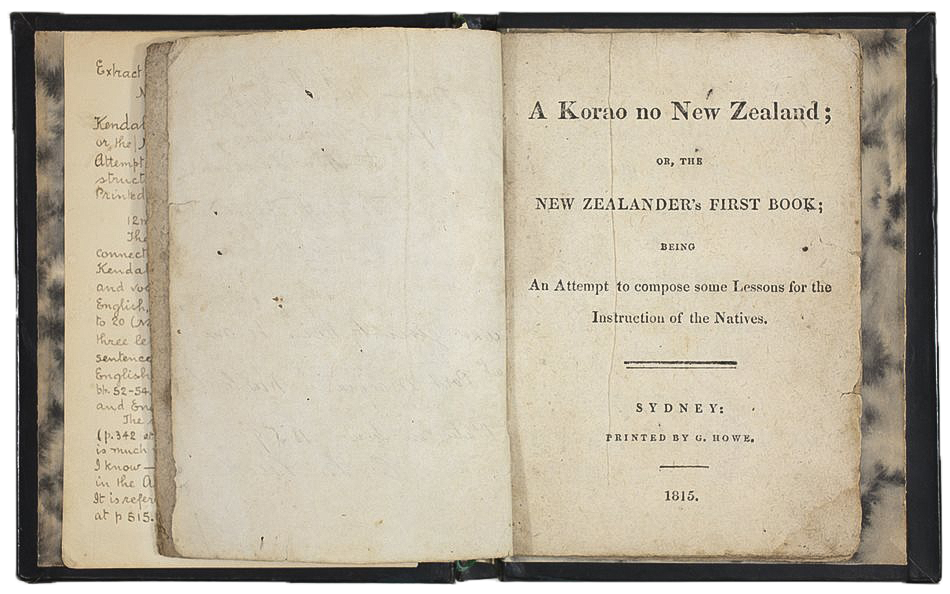 More information on A korao no New Zealand