Thomas Bracken, an Irish-born poet who emigrated to New Zealand in 1869, first published his lyrics in the Advertiser, the Dunedin newspaper he edited, in July 1876, at the same time announcing a contest for the best tune to accompany them. The winner was John Joseph Woods, a young schoolteacher in the Central Otago town of Lawrence.

In March 1878, when Sir George Grey, then Premier of New Zealand, visited Lawrence, he was welcomed by Woods conducting a choir of 800 schoolchildren singing God Defend. Grey’s enthusiasm for the song helped transform it from a local Otago success to a work of national significance 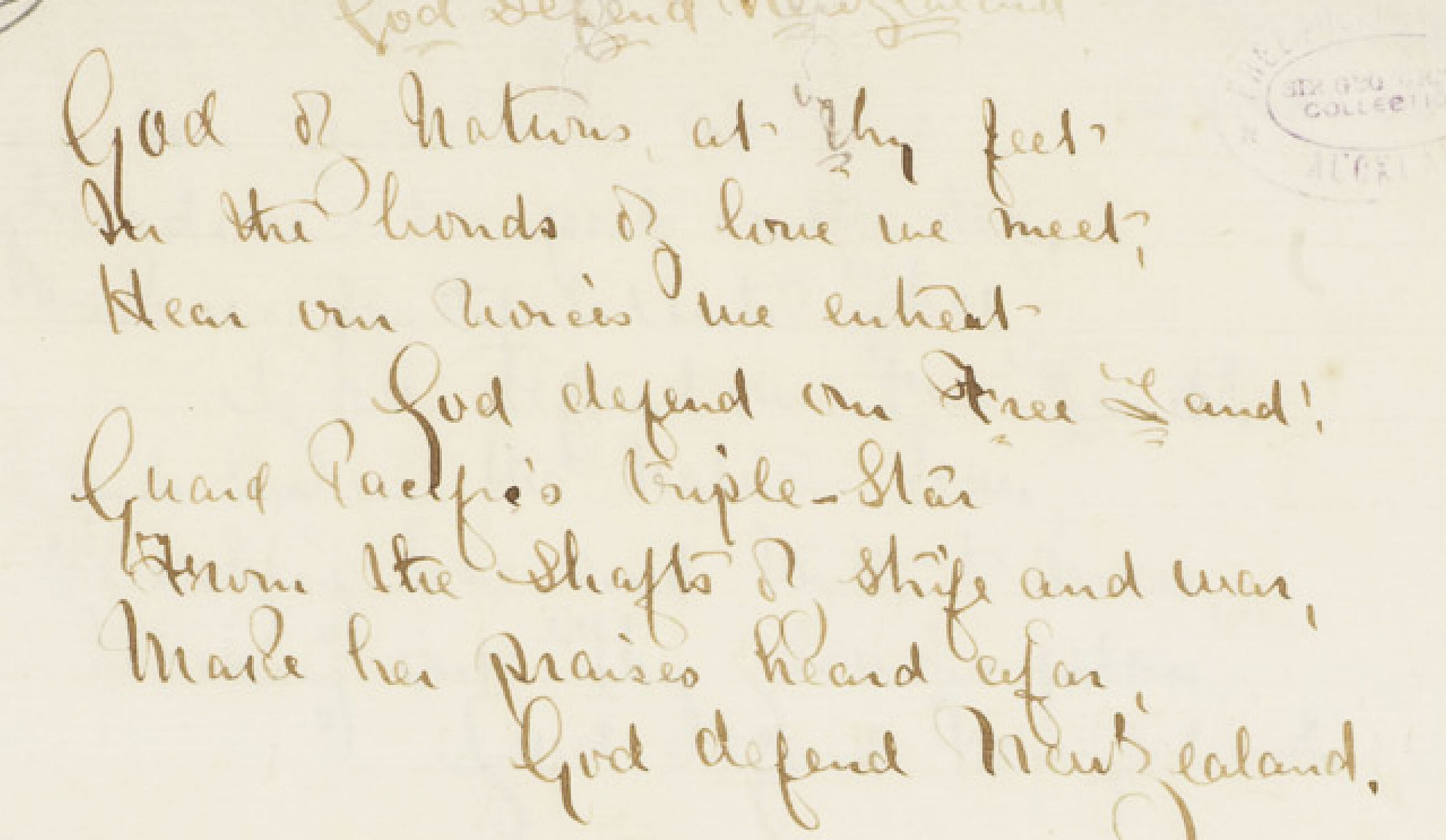 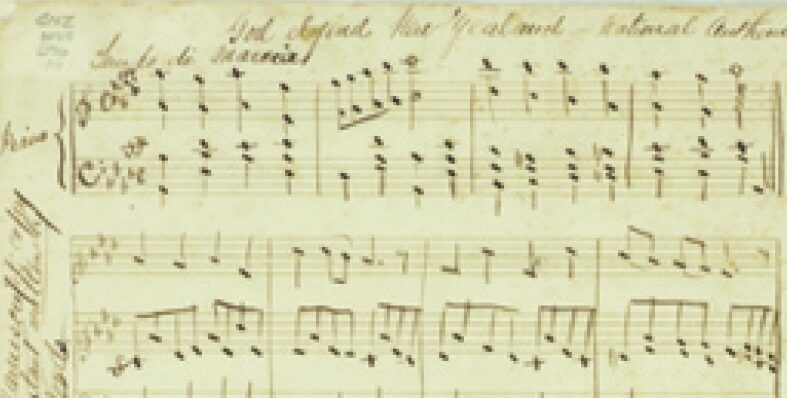