In over 35 years of diligent and detailed documentation, Don created an unsurpassed record of more than 3500 Chinese individuals. Don’s Roll of Chinese and his four handwritten diaries together reflect the changing nature and lives of the Chinese community in New Zealand and their relationship to China. In 1959 Dr James Ng, a leading Chinese New Zealander, began to collect documents and other information relating to the heritage of the New Zealand Chinese Community, including Don’s Roll and diaries. These items, along with Dr Ng’s research notes for his 4-volume publication Windows on a Chinese Past, also include papers (including unpublished Chinese community newsletters), books and at least 300 letters in Cantonese and English.

James and Eva Ng, Lawrence Chinese Camp (in front of the renovated Joss House, one of the original three remaining buildings from the camp, being moved back into its original position) 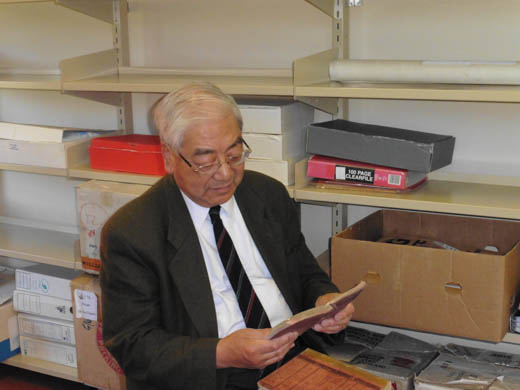 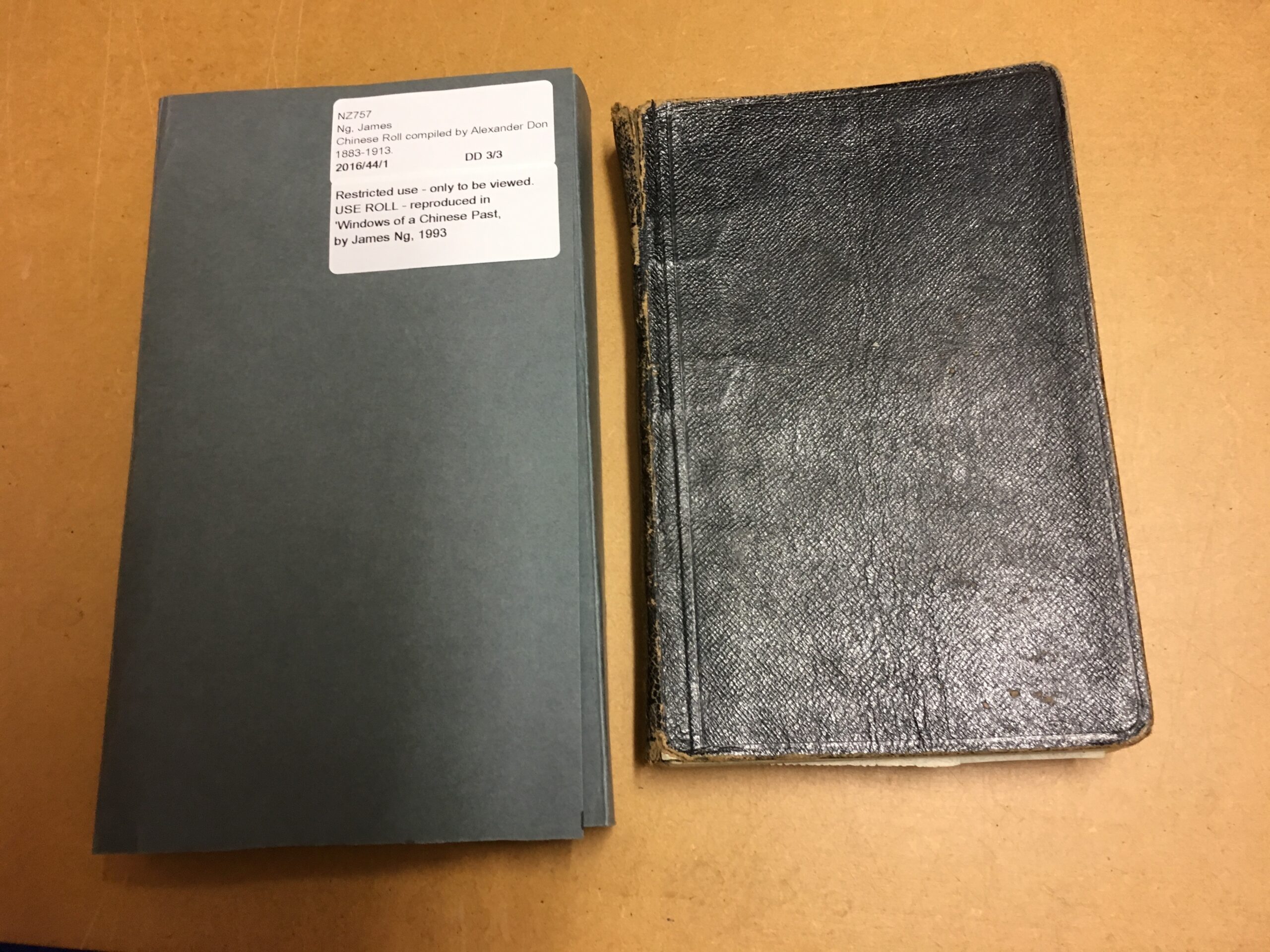