Filled with te reo Māori, maps and traditional sites of significance, and the names and tohu of ancestors that often spilled across pages of parchment, those that signed early Deeds often believed they were forging enduring relationships of mutual benefit with the Crown. When promises were not kept, the Deeds became evidence of Crown breaches of the Treaty of Waitangi and a significant source for redress.

Tied as they are to the land and the social and environmental change that followed, Crown Purchase Deeds are powerful examples of Māori rangatiratanga and subsequent British settlement. They often represent the beginning of a formal Crown-Māori relationship and are an irreplaceable source for understanding the historical and cultural impact of the Crown on Māori iwi and hapū. As such, Crown Purchase Deeds are of unique and irreplaceable local and national local significance. 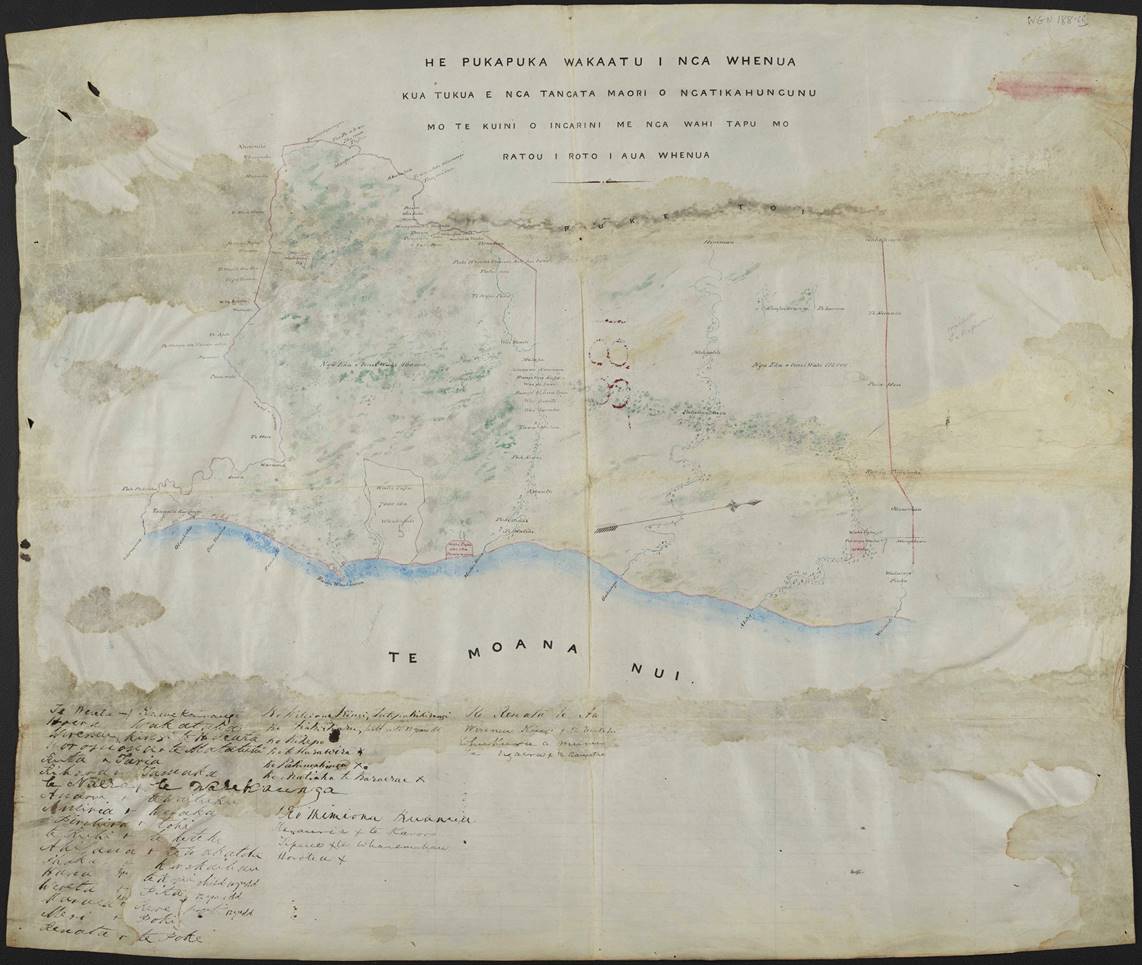